For Renters we offer an unbiased rental program strictly following all Fair Housing Laws and Guidelines. ForeShore properties are all maintained and well-kept and properties where you are proud your temporary home, "Home."

For Owners, ForeShore strives to maximize rental revenue through occupancy and preventative maintenance. ForeShore realizes the owner is entrusting us with an asset and we give each property the time and respect it deserves.

ForeShore is open, direct and honest with Tenants and Owners and expects the same in return.

Foreshore, LLC is owned and operated by Brian Tierney. Brian has lived and worked in the Hilton Head Island area since 1998.

Upon his return to the USA, Brian lived and worked in the Philadelphia countryside of Bucks County holding various sales and marketing positions in hotels, attractions and a convention and visitors bureau.

In 1996, Brian once again moved to Japan to continue his studies of the Japanese language and culture attending an International School in the city of Kumagaya.

From 2004-2008, Brian worked in developing real estate marketplaces throughout the Lowcountry. During that time Brian also developed a network of some of the most prominent Realtors in the Hilton Head area. The steady stream of Realtor referrals has helped Brian and his ForeShore team grow the company to just under 250 managed properties in a short period of time.

Brian enjoys living in Bluffton and playing and boating in the lowcountry waters.

I am originally from Ohio. I attended Ohio University. I have been in customer service industry for 15 years. I am new to the Bluffton area. I enjoy spending time with my daughters and golf as much as I possibly can.
843-715-6099 josh@foreshorerentals.com
Kelly McMahon » Property Manager 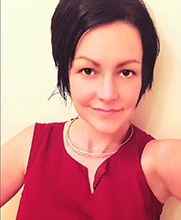 Born and raised in NYC, Kelly moved to The Lowcountry upon the birth of her son and quickly became acclimated to the hospitality industry of Sea Pines. The relationships forged in and around her community opened the door for an opportunity into the Commercial Insurance field, to which she spent two and a half years studying. It was within this cross functional capacity of working alongside several Community Association Management companies that enabled the transition into Property Management, exclusively.

Kelly chose Foreshore because of their unwavering commitment to excellence and by virtue, one she aspires pursue.
843-683-0176 kelly@foreshorerentals.com
Brandee Blackwell » Office Administrator | Property Manager Assistant

I am a true Native, born and raised in the Low Country. I am a single mother of an amazing baby girl - Saylor Jane! I moved to ForeShore from Bartending for 10 years and its one of the best decisions I've made. I spend my time out of the office with my daughter enjoying the beautiful weather we have here! We enjoy playgrounds, the beach, corn hole, and any other outdoor activities we can find! I joined the team in March 2019 as the Administrative Assistant, and I hope to soon have a Property Management License and continue to grow with this company!
843-815-2838 brandee@foreshorerentals.com
Samantha Gibbs » Property Manager
Samantha joined the Foreshore Rentals team in 2021, with her recent move to the Low Country. With over 6 years of experience within property management, you can easily say that she has a passion for it. Receiving National and Regional certifications and recognition for her work within the multifamily industry. When Samantha is not helping her owners or tenants you can find her spending time with loved ones or within her philanthropy work. Samantha chose to join our team as many of our core values and beliefs reflect that of her own, service first. She is so thrilled to be part of the team and is ready and eager to meet you all.
843-227-8978 samantha@foreshorerentals.com